Skip to content
Prizes
The following prizes are presented at each annual ATRF Conference:
The prizes are adjudged by a panel of between 3 and 5 suitably qualified and appropriate members of the Scientific Committee endorsed by the Executive Committee (in consultation with the prize sponsor as appropriate).

The prizes comprise a certificate and (in some cases) a cash prize as determined by the Executive Committee. 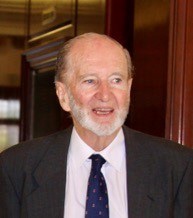 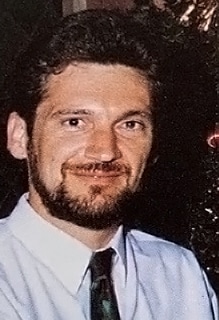 The David Willis memorial prize is presented at each ATRF to the author(s) adjudged to have delivered the best paper and presentation by a young researcher at the conference . The prize was established in 1998 and originated from a proposal by Dr Graham Currie and Ray Kinnear.
The prize honours the life of David Willis, a Queenslander by birth who did his Master’s degree at the University of Sydney and worked in Government as a highly respected transport economist in both Adelaide and Melbourne. He specialised in the planning and economics of the bus industry and was highly regarded by the leaders of that industry. David was committed to a vibrant research sector in Australia and presented several papers at ATRF. He was a particular supporter of young researchers around the country. David’s premature death was a great shock to his family and colleagues. The prize is to honour his significant contribution to transport research by encouraging young researchers. The David A. Hensher prize is presented at each ATRF to the author(s) adjudged to have delivered the best paper and presentation in transport demand modelling . The prize was established in 2021 and first awarded at the 2021 ATRF in Brisbane.
The prize recognises both David’s outstanding global contribution to transport modelling and his ongoing support of ATRF.
Papers will be judged on theoretical rigour, methodological application and practical contribution, all key characteristics of David’s work.
Professor David Hensher has a distinguished academic career spanning over 50 years. As Founding Director of the world-acclaimed Institute of Transport & Logistics Studies at the University of Sydney, David has overseen quantum shifts in transportation education and research.
David is the recipient of several international awards that recognise both his contribution to academia (e.g. IATBR life-time achievement award in 2014) and industry (e.g. 2019 John Shaw Medal). David has over 60,000 (and counting) Google citations, in 2019 was ranked as third in the world for economists in the field of discrete choice models, and in 2020 was formally recognised as Australia’s leading transport researcher.
David hopes the prize in his name will encourage researchers across Australasia and internationally to submit quality papers in transport demand modelling to ATRF.
There is the added incentive that David will provide assistance to achieve the publication of the winning paper in a leading transportation journal.